Despite the front-page news of layoffs at Big Tech, there is a shortage of tech-qualified staff in the real world outside of Silicon Valley.

The reasons are many. I believe the pandemic pause, which here in Québec lasted almost 24 months, derailed many people’s career plans. There are the direct and ongoing effects of that period on physical and mental health. And most importantly, the accelerating pace of technological change means that more companies of all sizes are hunting for the same people.

As an emerging startup, the investment required to build your team must be at least as significant as your investment in finding capital and customers. You cannot find and hire people at a moment’s notice. They are not lining up outside your door. Even when you hire them, they can leave at a moment’s notice, forcing you to start the process again while slowing your development and deployment efforts.

END_OF_DOCUMENT_TOKEN_TO_BE_REPLACED

I’m looking through financial projections provided by a startup. Year 1 revenue is projected at $300K, while Year 4 is $30M – a CAGR (compound annual growth rate) of over 360%.

The leadership team is mature. The product is tested, being a SaaS platform used internally at a university, now transformed into a commercial product. There is demonstrated interest from the target customers.

However, the story told by the projections raises a lot of questions:

END_OF_DOCUMENT_TOKEN_TO_BE_REPLACED

I read two or three slide decks a week. Many start with a description of the problem. This is good. However, invariably, I sense a fatal mistake.

I understand that you see a problem or an opportunity. Often it is something you have experienced and which motivates you to act.

However, who else sees the issue or opportunity? Do they perceive it the same way as you?

“Four out of five dentists”

END_OF_DOCUMENT_TOKEN_TO_BE_REPLACED

My adventures in Social Media started in 2003 when I joined LinkedIn but did not do much on that platform until 2008 when I also became active on the pre-Like button Facebook and a scrappy startup platform called Twitter which kept crashing all the time.

I was especially enthralled by Twitter’s promise to have near-real-time conversations with “people you know and trust”. NYU Journalism professor Jay Rosen called it “mindcasting”, the frequent sharing of ideas to spark conversations. Professor Rosen’s view of mindcasting was to build communities through multi-directional conversations that would otherwise be impossible to conduct offline. This community succeeds when everyone adds positive information to the conversation through thoughts, links, feedback and constructive discussion.

I built my following by connecting with people whose tweets I liked. In those days, the courtesy was to follow back. In those early days, when algorithms did not too influence my feed, it was a delight to discover new people. I would also follow authors I liked, journalists and bloggers I read and people with interesting points of view.

In those early days of Twitter, many of us were optimistic. Looking back at my Tweet archive, I tweeted up to 5 times per day, which was probably on average. At least half of my tweets were ideas (which I labelled “Thots”), then one or two responses and the occasional announcement (or advert) or a flippant remark. Several of those ideas turned into more profound blog posts or articles, which I shared again on Twitter. Unfortunately, my Tweet archive does not capture engagement, but I remember getting enough retweets and stars to keep me going.

END_OF_DOCUMENT_TOKEN_TO_BE_REPLACED

This week I attended a work conference where we discussed innovation and growth for SMEs in the post-pandemic context.

SME is a broad term, usually defined as companies with up to 500 employees. However, if we use this term in Canada, it applies to 99.8% of companies! (Statistics Canada, 2020) Setting the bar at 100 employees, what StatsCan explicitly calls “small business”, is still 97% of businesses. Bringing the definition down to 10 employees covers three of four Canadian businesses.

Innovation means different things for each business profile. For large businesses, innovation is building new products, implementing new processes and seeking new markets. It usually is the province of a dedicated team with a dedicated budget.

Large businesses tend to isolate innovation activities to not disrupt daily core operations. This may make sense from the perspective of not risking profit margins or shareholder returns, but it tends to slow down the diffusion of innovation into everyday operations. This also favours a “big bang” mindset for innovation with payoffs in the medium to long term.

In small businesses, innovation has to look different. There are not enough people or resources to designate a dedicated tiger team. Innovation has to be everyone’s business. It has to lead to a measurable impact in the short term.

END_OF_DOCUMENT_TOKEN_TO_BE_REPLACED

My morning news scan predicts a long winter. Fuel prices in Canada are expected to rocket past CA$2.25/litre (US$6.20/US gal) by January, just 60 days from now. Interest rates will continue to increase. At the same time, house prices may come down, reducing homeowners’ net worth and ability to borrow, while rents will continue to rise. Federal and provincial governments are giving mixed signals about how they plan to respond. Some actions focus on short-term relief at the cost of the longer term, while others do the opposite.

War in Ukraine will spark conflicts in other parts of the world due to food shortages or could spread in Eastern Europe if tactics get ugly. On the other side of the globe, a retired Japanese admiral warns Canada and Western countries to look closely at the situation in Taiwan, which can flair up at any time. Political instability in the US, Canada’s continental roommate, could encourage similar shenanigans here.

In 2020, the unthinkable happened as society retreated behind closed doors, bringing the economy to a halt. This disruption put the wrecking ball to many popular assumptions about the economy. It also gave us a taste of what awaits us as the effects of climate change are increasingly felt daily.

I do not doubt that we are just experiencing the storm’s beginning.

Startup founders tend to view the future through rose-coloured glasses. This is expected because challenging the future is risky, uncertain and dangerous to one’s health, whether financial, mental or physical. This is why very few people leap into entrepreneurship.

However, startup founders cannot afford to maintain an overly optimistic view of the world. Macroeconomic and microeconomic forces do not spare startups. Sooner or later, founders need to face the future with their eyes fully open.

END_OF_DOCUMENT_TOKEN_TO_BE_REPLACED

Netflix recently announced price increases of 20% for their individual tier. Which makes me wonder: why this increase, and why now?

It’s not like there are supply chain or resource issues that are raising their input costs. These services are not adding new features which add to the offer’s utility for me. There are no currency issues, new taxes or labour cost increases that merit a price hike at this moment.

I also find the price hike timing strange as most of their customers are experiencing the impact of high inflation eating into their discretionary income. As people have less money to spend, the perceived expense of these services as a proportion of the money left over after the essentials makes the price increase even more apparent.

How are digital goods priced? The difference between digital business models and more conventional brick+mortar+equipment (BME) models is that the biggest costs are upfront: building the infrastructure. Once this is done, the marginal costs of adding customers are minor. In conventional BME businesses, your physical plant can only handle so many customers or build X widgets, then you need to build more physical facilities.

END_OF_DOCUMENT_TOKEN_TO_BE_REPLACED

I’m struggling writing my chapter about why the Hockeystick growth curve is a mirage in today’s post-pandemic unpredictable world. Then I read this. Basically, fast-growth business models “all turn out to face the same main pitfalls: a misplaced faith in network effects, low barriers to entry and a dependence on someone else’s platform.”

1. Network effects are real but have limits: building a network in one city does not necessarily mean better service in another. Incremental capacity does not translate into incremental value (what’s the added value of one more Indian restaurant on Doordash or one more driver on Uber?);
2. Low barriers to entry: On one hand, the tech stack is cheaper and cheaper, allowing copycats to quickly steal traffic. On the other, customer acquisition and retention costs climb because of competition;
3. Dependence on someone else’s platform: Reliance on the gig economy means loss of control over quality and customer satisfaction. Or you may be dependent on another platform, for example if your business relies on Facebook, Spotify, AirBnB, or the iOS/Android duopoly.

The bottom line is that your business model must evolve with the stage you are at. The strategies that get you in the game need to change as you scale, then change again as you achieve your first, second and third levels of consolidation. 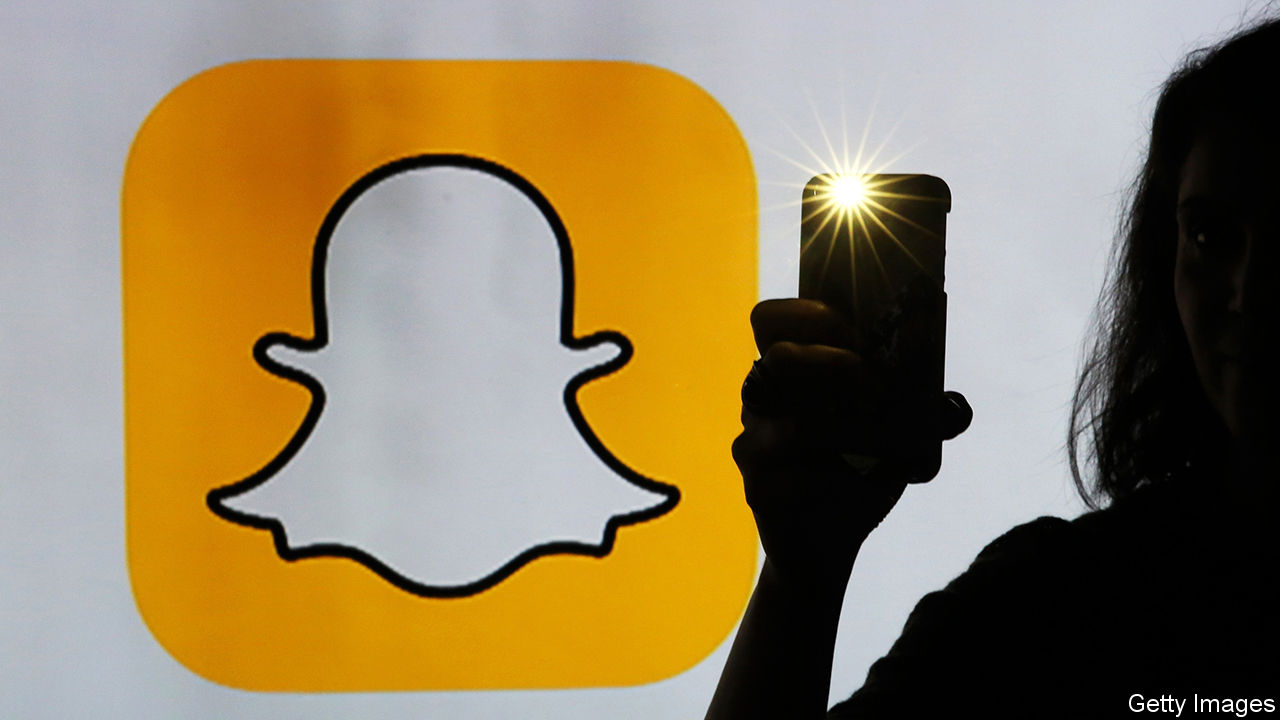 What went wrong with Snap, Netflix and Uber?

[Panel Question #2: How can you ensure that you have the correct data in sufficient quality and quantity to carry out an AI project]

Data is the lifeblood of an AI project. In a perfect world, an algorithm would train on all the data that ever existed. However, it still would not be a perfectly trained algorithm.

This question is a hot research topic. The answer depends on several factors, such as the type of classifier, the number of weights, and the data quality. If there is insufficient quantity and quality of data, the model will not achieve the desired accuracy. If there is too much data, the model will tend to overfit and not be accurate in edge situations. This is the most problematic because these are the cases where you most want accurate recommendations.

END_OF_DOCUMENT_TOKEN_TO_BE_REPLACED

[Panel Question 1: How to make accessible the knowledge of AI researchers and experts to Quebec’s industries and SMEs?]

Transferring knowledge from academia to industry is a long-existing problem because each operates in separate bubbles. Academia wants to solve cool technical challenges, while businesses want to maximize profit.

Once a business reaches the point where it is making a profit from a process, this becomes a core capability, which can only be changed by risking the business’s cashflow. Of course, this is the last thing they want. This resistance is the main obstacle to corporate innovation.

There are three issues that come up when considering how to make accessible the knowledge of AI researchers and experts to industry and SMEs:

– The company’s willingness to innovate;

– Maintaining the company’s core vs innovating at the edge; and

– The innovation value chain, or how new practices diffuse through the organization.

END_OF_DOCUMENT_TOKEN_TO_BE_REPLACED

I power innovation-driven entrepreneurs to develop a strategic execution mindset in order to become the go-to leader of their market.